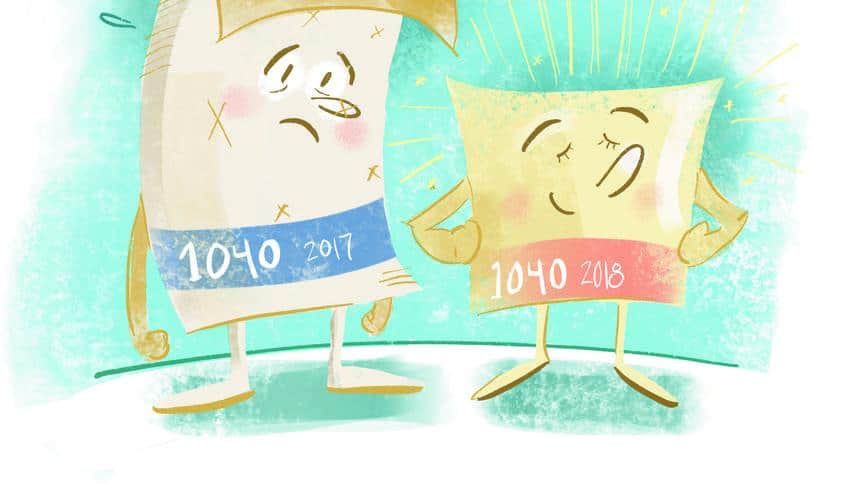 As promised, the standard 1040 U.S. Individual Income Tax Return form for 2018 is the size of a large postcard. However, tax officials and preparers say filing 2018 taxes may still be far from “EZ.”

One of the primary goals of the 2017 Tax Cuts and Jobs Act was to simplify the filing process, but Adam Sweet, a principal with Eide Bailly, said he expects his firm to field more questions than usual this year.

“There is a little bit of uncertainty about what the tax liability will be for people. We’ll see in the coming years what happens, but this year I think there is more of a need for competent tax professionals than there has ever been,” Sweet said.

Based on information gleaned from the IRS website, here is a primer on some of the changes coming for individuals and married couples filing 2018 federal returns:

Both of these moves were meant, in part, to encourage taxpayers to take the standard deduction rather than itemizing deductions. Doing so should eventually make the filing process easier for taxpayers, tax preparers and the IRS.

Taxpayers are still able to itemize deductions on their 2018 federal return, but it would only be advantageous to do so if the deductions equalled more than the standard $12,000 deduction for individual filers or $24,000 for married couples filing jointly.

In a “trade-off” for the larger standard deduction, Sweet said the TCJA changed or eliminated the following itemized deductions:

Cynthia Bauerly, commissioner of the Minnesota Department of Revenue, explained that Minnesota statutes follow the federal tax laws as established in 2016.

“Our law is connected to the tax code at the federal level as it was last changed on December of 2016. It takes a bill to be enacted in Minnesota for us to match the federal law change,” Bauerly said.

This means Minnesotans are still likely to itemize deductions on their state return.

“One thing we want to make sure Minnesotans understand is that because of the difference between the state and the federal law, Minnesotans can claim that new larger (standard) deduction at the federal level and still choose to itemize in Minnesota. We know those itemized deductions can be very important,” Bauerly said.

She advises Minnesotans to visit the department’s website at www.revenue.state.mn.usfor forms and more information.

In North Dakota, some taxpayers will pay more in state taxes as a result of TCJA changes. North Dakota Tax Commissioner Ryan Rauschenberger explained that those with dependents will pay more in state tax due to a change from a dependent exemption that reduces taxable income to a child tax credit. He used the example of a married couple with four dependents making $150,000 and filing jointly. Based on TCJA changes, the couple should typically see a $7,734 decrease in their federal taxes and pay $284 more in North Dakota state taxes.

“Why did I support this? Somebody taking home $7,700 more a year, it’s tough for me not to support that,” Rauschenberger said. ”Out of $150,000, they’ll pay $284 more per year in state income tax. … I think the added benefit of the federal deduction far outweighs any increase at the state level.”